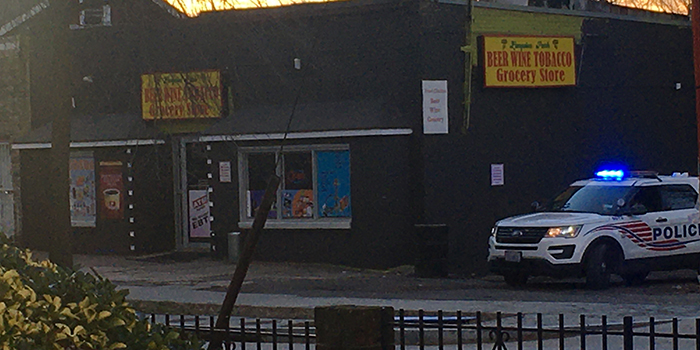 Three weeks ago, The DC Voice published a story about the increasing gun violence in Ward 5. Well, at about 1:30 PM on Monday, January 6th, it happened again. One dead at the scene and two transported with non-life-threatening injuries was the initial report after a shooting in front of the Bodega on 24th & Franklin Streets NE across the street from First St. Paul Baptist Church. The quiet was violently interrupted by the sounds of gunfire, police sirens, fire engines, ambulances, and the grim reality of crime scene tape closing off the block. 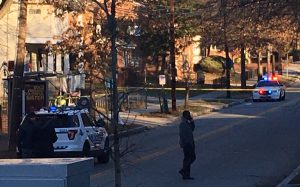 The bodega was a longtime staple of this community under its prior ownership. However, that community feeling and service to the community diminished when Mr. Young moved his grocery store and Chicken Shack to Rhode Island Avenue. In fact, at times, it appears the store has just enough items to qualify as a store with shelves not quite as abundant as they were under prior ownership. The smell of chicken frying and some of the best deli sandwiches and subs to rival any popular sandwich shop are also gone.

But what’s stunning about this recent increase in gang violence in Ward 5 is that it tracks along with the demolition of parts of the Brookland Manor apartments, the increased police presence around that area, and the 14th Street drug haven we reported on nearly four years ago, Should ANC 5B Residents Have to Wait for Change? 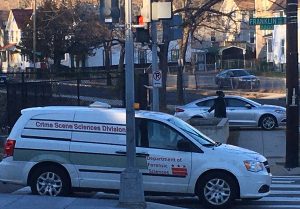 Can anyone honestly tell me that no one saw this coming? It’s like squeezing the air on one side of a balloon and watching it escape to the other end. It’s hard not to feel that this section of Ward 5 was expendable. The residents of this section of Woodridge have long thought of themselves as the dumping ground, including a homeless shelter, a waste station, The Stadium strip club, and a revolving door of nightclubs that neighbor The Stadium Club. We most recently inherited the Parks and Recreation facility from the prestigious Logan Circle area despite the objections of the residents.

Since then, the focus has been on the expanding growth along the New Your Avenue corridor, budding rooftop expansion on homes, and rapidly developing condominiums eclipsing most neighborhoods.  Just like then, little focus was placed on protecting the neighborhoods kike Woodridge that would become the natural escape hatch.

What remains now is the all too often impact of what happens when crime invades a neighborhood; a void that most likely will not be filled. As the area undergoes gentrification, it’s more likely that the bodega will remain closed until a more upscale suitor takes over the store, or more likely, the city closes it for good.

In any event, no one deserves to be shot down in the Nation’s Capital in midday. The bloodshed has to be reigned-in. Mayor Bowser, Councilman McDuffie, and Fifth District Commander William FitzGerald must find an answer, and soon. Promises, pledges, and emotional speeches aren’t enough. The residents of Woodridge and the neighboring communities deserve better than this. 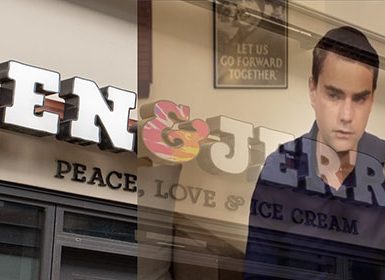 If there is anyone thing that everyone in our increasingly divided world can agree on, it is that 2020 has been a bizarre year thus far. It has seen the ramping up and full force of the coronavirus pandemic, a new... 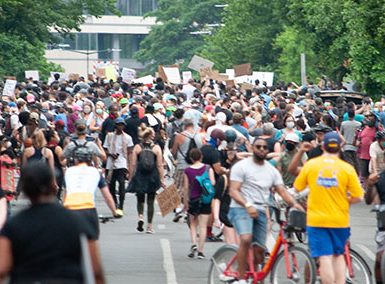 Thoughts As I Protest

I pack my bag with water, face masks, and snacks I tell my mother goodbye, hopefully not for the last time Scared that it very well may be the last time We start at 161 st near Yankee Stadium The field across the street... 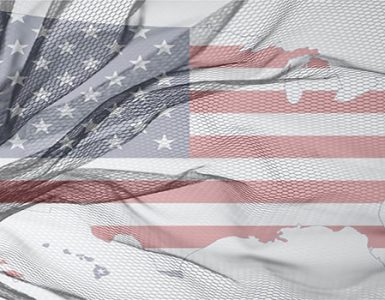 The Veil Is Being Lifted

The assassinations of George Floyd, Ahmaud Arbery, and Breonna Taylor ignited the dormant outrage the Black community has felt towards law enforcement and the justice system since the unpunished killing of Emmet Till in...