Recently, I discussed with my editor on my choice to capitalize the B in Black in reference to Black people, and not the W in white in reference to white people. Currently, there is no official standard on the capitalization of either black or white in reference to people and the choice is purely a subjective one. The AP Stylebook refers to Black people in the lowercase while the APA style capitalizes both Black and white. This is lack of distinction represents the function language has in how we view Black people in regard to other races. Toni Morrison once said that “oppressive language does more than represent violence, it is violence. It does more than represent the limits of knowledge; it limits knowledge.” By not capitalizing Black, one is reducing the entire experience of a group of people to a color. The politics that exist within our language are not a mere coincidence, but a very intentional way of perpetuating the ideals and beliefs of our society.

Some literary critics argue that if we were to standardize the capitalization of Black, then the capitalization of white should also become standardized. Sociologist Robin D’Angelo’s White Fragility: Why It’s So Hard for White People to Talk About Racism argues that capitalizing Black and not white allows “White people to just be people.” Without having race connected to their identity, white people are allowed to essentially live in a bubble of pure ignorance to the social structures based on racial inequality. The Center for the Study of Social Policy argues that it will intentionally capitalize white as “it is important to call attention to White as a race as a way to understand and give voice to how Whiteness functions in our social and political institutions and our communities.” However, I believe this places more emphasis on whiteness as its own entity and not all functions that limit Blackness in society.

Let me explain further: whiteness is not a race of people or group of people but a term that arose in the 19th century to differentiate social classes on the basis of skin color. In colonial America, European immigrants regarded each other by their nationalities and it was not until the introduction of free labor at the expense of enslaved African people in the 17th century that “whiteness” entered the mainstream. Whiteness was created in America to ensure that a certain demographic of the population retained their wealth and status and that a certain demographic was kept oppressed and enslaved. It is an ideology, not a race. White people are defined as all lighter-skinned peoples from Europe, but these people can easily differentiate themselves from other white people and trace their roots back to their specific nations and ethnic groups. Therefore, the term “white people” is nothing more than identifying how European Americans are granted more social acceptance than their Black counterparts.

This is largely different from the experience of the descendants of enslaved peoples as they have had their original histories erased and were forced to form a new one given the collective trauma and experience of other descendants. Black, like any other ethnic group such as Hispanic or Italian, must be capitalized as it speaks to very specific existence for people of the African diaspora, especially in America. Capitalizing both Black and white assumes that our language is operating on a level playing field and largely ignores the erasure of Black humanity and experience. To truly strive towards a more equitable society, we must also strive to give power back to the marginalized groups we oppress in our language. 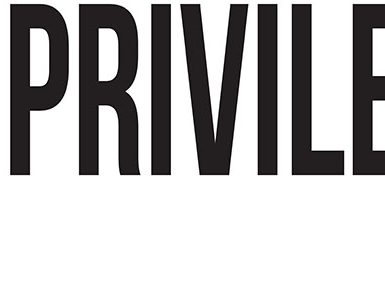 The Problem of Privilege

On many occasions, I have heard American people of color suggest that white privilege and those who deny its existence are two major obstacles in the path to justice and equality. White privilege by itself—the... 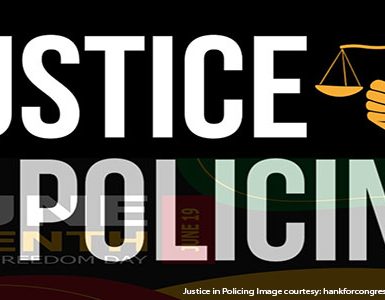 It Time For Action, Not Acting

Two weeks ago Congress named Juneteeth a federal holiday. The holiday commemorates the day the last enslaved Black people in Galveston, TX were notified they were free via the authority of the newly signed Emancipation...