Conformity is the process whereby people change their beliefs, attitudes, actions, or perceptions, thus moving toward a group norm. Conformity, to some seems to be “the trigger” word when partnered with cultural diversity. I asked myself, why is that? Must a person comply and accept even when they disagree with something? Do they go along because they feel forced to do so? Do they just resist the change? Well, let me break down how conformity has been recognized and try to understand this “trigger” word as forced.

To put the definition into perspective, there are two categories of conformity that have been distinguished: public agreement compliance as in standards and rules, and private agreement (acceptance). Since conformity is defined as “movement toward a group norm,” then compliance refers to apparent behavioral change in the direction of that norm, whereas acceptance refers to hidden attitudinal or perceptual change. Between these two categories is where it appears some people may feel that not only do they have to comply, but they must accept as well.

So, what happened that I decided to tackle what some deem as enforced or forced conformity? Here we go.

Wait! What did I Just Hear?

I was watching a television program when a commercial aired and all I heard were the words “diversity is enforced conformity.” That statement got me thinking about how some people may feel about diversity from another perspective. I don’t necessarily agree with the statement that diversity means forced conformity, but I am trying to understand it from the lens of people who believe that, for them, that conformity enforced in the name of diversity.

Diversity as it relates to culture is about dispelling negative stereotypes and personal biases about different groups. In addition, diversity helps us acknowledge and respect the ways of being that are not necessarily our own. This definition is on point! So, why would someone feel coerced to conform to diversity based on this definition?

I love America because it’s a nation that celebrates diversity and freedom of conscience. However, democratic times may often demand conformity. Bradley C. S. Watson is professor of Politics and Philip M. McKenna Chair in American and western political thought at Saint Vincent College. Watson indicated that nowadays, conformity might be enforced in the name of diversity itself. It may go as far as to infringe on the rights of conscience, expression, association, and religious freedom to the extent which conformity is demanded by contemporary law and social practice. Some may believe that this may be true with nondiscrimination policies that protect individuality, especially in the workplace.

Diversity, conformity, and individuality are vital components of today’s workforce. Differing perspectives and experiences combined could create a more productive workplace. There is a huge push today for support of diversity and individuality in the workplace. Equally as important as diversity is an organization’s ability to bond their employees together and work towards common goals and values. Now, for this to happen there must be regulations and guidelines in place to help control standards and maintain the integrity of the organization. Diversity, individuality, and conformity are important to modern organizations, but balancing all three may prove to be challenging.

I work in a training division and remember when cultural diversity and LGBTQI awareness trainings were being implemented. Some instructors who had to train staff on Diversity and LGBTQI, specifically the latter, felt as though they were being forced to believe in or conform to something they disagreed with. Staff also felt that training on or participating in a training about LGBTQI was against their religious beliefs or beliefs in general.

Many staff believed they were being pressured to fit into the culture of the workplace. Thereby, conforming and compromising their ideals in compliance. Staff were mandated to take the training, but even in cases in which the pressure to conform is strong and a large percentage of individuals do conform, not everyone conforms to common practices. There are usually some people willing and able to go against the prevailing norm. The results of this resistance? Some trainers refused to train, and many staff refused to attend the training and accept change that was occurring around them.

Getting Back to Conformity

I’m a believer that everybody must, to an extent, change to adapt to the societies they become a part of. Surrounding yourself with only people who think like you will end up corroborating your beliefs. In situations like this, a person will become more confident that they are correct and be more likely to move in an extreme direction.

Mandates and social influence do not always produce the intended result. If we feel that we have the choice to conform or not conform, we may choose to do so to be accepted or to obtain valid knowledge. On the other hand, if we perceive others are trying to force or manipulate our behavior, the influence pressure may backfire, resulting in the opposite of its intent. Individuals will feel that influence attempts are threatening their freedom. In the instance of implementing LGBTQI, training may be well-meaning, but possibly misguided in its approach – like making it mandatory to participate. Again, this gives the appearance of forcing people to change and conform to fit into the current workplace culture, forcing conformity which may neuter diverse thinking, speaking, and so on.

The approach to conformity should not be a forced approach. Conformity, especially in the workplace, should include parameters which employees can operate within. However, these parameters should not be so specific that they limit who we are and what we believe. The real prize in all this is to promote diversity of thinking. Race, gender, sexual orientation, socio-economic background, etc., are all indicators of diverse thinking. Diverse thinking and ideas improve through practice and challenge. Any idea that doesn’t withstand a little scrutiny or cross-examination probably isn’t one that will survive transition from concept to reality.

So in conclusion, as Americans, we are fortunate to live in the land of the free. Here, change will occur with or without you. Diversity and conformity are part of that change necessary to help promote equality and understanding. Conformity is usually quite adaptive overall, both for the individuals who conform and for groups as a whole. Conforming to the opinions of others doesn’t force one to give up their beliefs. Conforming can help us enhance and protect ourselves by providing us with important and accurate information that can help us better relate to others while staying true to ourselves and who we are. 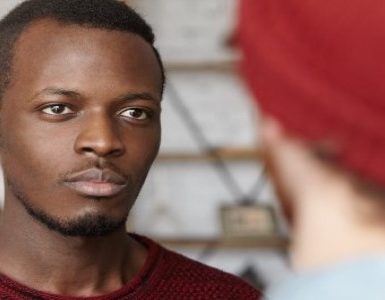 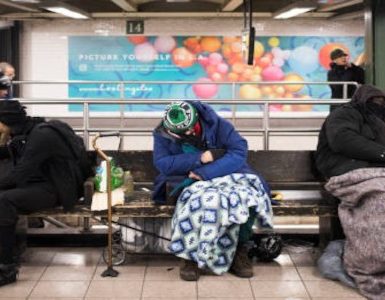 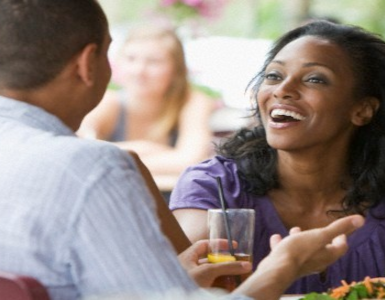 Sis, Are You Struggling in the Dating World Today?

Do you ever feel like dating is a struggle for you? Well, I have. When I was in my twenties, I would only date guys according to their looks. As I got older, wiser, and joined a women’s ministry class at church, I...