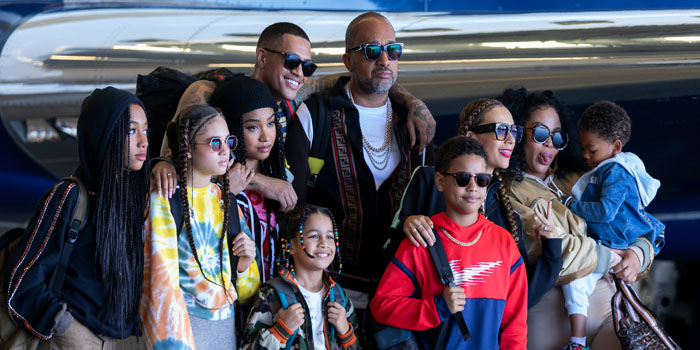 Kenya Barris’ new Netflix Series #BlackAF was loathed almost instantly. The initial trailer was released in the middle of summer 2019 under the name Black Excellence. Almost immediately, people were upset at the series. At first glance, it appeared to be yet another incarnation of Kenya’s other show, Black-ish. More specifically, yet another show where the focus is a racially ambiguous Black family. After endless scrutiny, and a Twitter meltdown, Barris renamed the show #BlackAF and Netflix set it’s release date. The first set of reviews via social media were scathing. So much so that I almost skipped the show altogether. There are already tons of think-pieces about why it is an abomination. I decided not to beat a dead horse. Largely because I do not think the show is that bad. In fact, the later episodes of the series are decent. The reality is, #BlackAF is just mediocre. However, that is not necessarily a bad thing. Spoiler alert!

Black-ish is one of my favorite shows. I love the Johnson family and how outrageous their experiences are. Dre, the main character, and his wife Rainbow believe they have it all but there is literally one trainwreck after another. They hilariously struggle raising their five kids. Being the first affluent members of their respective families poses even more problems. Should they boast and become an ATM machine for their loved ones? Should they be modest and responsible with their money? Are the kids too spoiled? Too suburban? All of this inside the chasm of being Black in America makes great television. #BlackAF misses that mark entirely. The history lessons and how everything is constantly explained for the White audience is taken directly from the style of Black-ish. Kenya Barris’ acting falls flat even when he is playing himself. He isn’t particularly likable. Rashida Jones plays his wife, Joya. She, unfortunately, is not given the space to form an opinion about her character for most of the season. Along with their six children, the series is just a day in the life of a rich Black family. There is no drama, nobody is particularly exceptional at anything, no side-splitting laughs, just average. At this point, Black Americans are expected to be funny, athletic, superhuman, or dealing with traumatic situations for our shows to be seen as viable. Watching a show that is the opposite of that, aside from being rich, was refreshingly strange.

The more I watched #BlackAF, the more I started to notice untapped potential for the series. We know Dre, I mean Kenya. We have seen him on TV for almost 6 full seasons already. What we have not seen is his wife portrayed in a way that does not revolve around him. In episode 6, we learn that Joya is working on a book. This makes Kenya resentful of her, as her frivolous book has taken away from her raising the children and he now has to spend money on a nanny. This is ridiculous because all throughout the series, we see him wasting money on all types of junk, because slavery… (I wish that was a joke. Look up the episode titles). The bright spot of the episode, though, is Joya’s interaction with her publicist and her friend, played by Nia Long and Breesha Webb, respectively. After a very awkward dry run of Joya’s interview, they settle on the couch with wine and Joya finally gets a moment to vent. For the first time in the series, she is a person outside of her children and her childlike husband. I wish we had the opportunity to see more of that, sooner. I immediately envisioned a series with those ladies as the lead. Shifting the focus from the patriarch entirely.

Overall, #BlackAF never could have lived up to its original Black Excellence title. There is simply nothing excellent about it. It is a shame that Barris refuses to pull from any experience other than his own when it comes to TV series. Even more disappointing that he lets his colorism get in the way of any meaningful casting of darker complexions. I am constantly confused how this continues to happen as he was a main writer of Girls Trip. The casting was already lazy considering a lot of the actors have also appeared in Black-ish. However, I really enjoyed Rashida Jones’ portrayal of Joya. Rashida nails dry humor in a way that a lot of actors cannot. Since a major plot point is Joya being biracial, I do not have an issue with her being cast. In fact, the personal attacks that she experienced as a result of bad writing were extremely inappropriate. I would recommend #BlackAF if you are looking for something to watch that does not require any actual emotional investment. It is a quick and easy watch with a few chuckles here and there. It does the viewer a disservice that it finally hits somewhat of a stride at episode 5 of 8. Alas, we are all stuck in the house anyway so why not give it a shot? 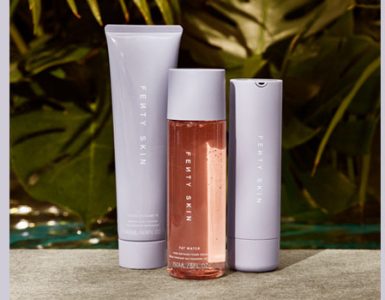 FENTY Skin debuted at the end of July and it sent the internet into a frenzy. If you are not aware of the Fenty agenda, Rihanna has begun to dominate the beauty, luxury, and lingerie industries. With the popularity of... 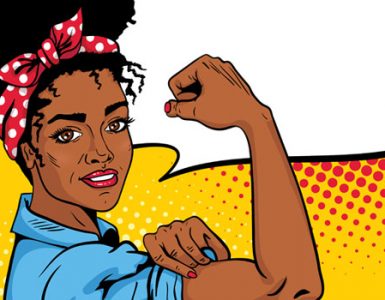 Recently, a tweet went viral that read “Black women will save the world”. I immediately became perplexed, confuzzled, if you will. The intention of this brother’s tweet was probably honest, a... 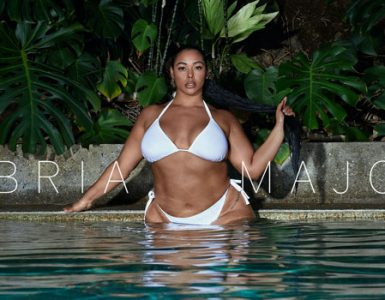