Initiative 81 – What the Hell are Entheogenic Plant and Fungus?

Had it not been for a sign that caught my eye amidst the many candidates, I would not have turned my ballot over to find this initiative. My reaction is exactly what the title says. First, I had to figure out what an Entheogenic Plant was and why I should even care. When I read the first few lines of the Wikipedia definition, “a drug that causes one to become inspired or to experience feelings of inspiration” my interest had been piqued. 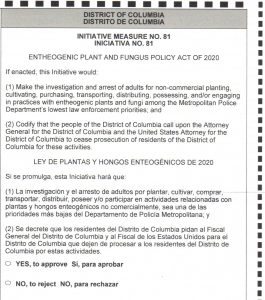 According to the decrimnaturedc.org website, Initiative-81 would make entheogens among the lowest law enforcement priorities for the Metropolitan Police Department. It goes on to report that the legal status of entheogens or alter existing penalties would not change. So, why do we need it? As with all initiatives, there are advocates and detractors.

The case for Entheogenic Plant and Fungus

Advocates begin with entheogens religious and spiritual qualities. It harkens back to the ‘60s when psychologist Timothy Leary touted the benefits of psychedelic drugs. At that time the craze was hallucinogens such as Lysergic acid diethylamide (LSD) and psilocybin. Fungus was often referred to as “magic mushrooms.” Other substances such as peyote were often glorified in such reading as The Teachings of Don Juan (no, not that Don Juan) – a Yaqui spiritualist in a series of stories by Carlos Castaneda.

Fast forward to today and some of the same healing and spiritual benefits of entheogenic plant and fungus are being touted such as.

The case against Entheogenic Plant and Fungus

Support for Initiative 81 is very strong in DC with three-in-five dc voters supporting it. However, as many cities move to decriminalize these products and site the numerous benefits, there are also known side effects, as pointed out by the National Institute of Health’s, National Institute on Drug abuse. Its Hallucinogens Drug Facts points out the benefits as well as the side effects of hallucinogens.

It breaks hallucinogens into two categories: classic hallucinogens (such as LSD) and dissociative drugs (such as PCP). For the sake of this post, we are focusing primarily on the classic hallucinogens. There are both short- and long-term impacts of these products. Short-term effects can cause the user to “see images, hear sounds, and feel sensations that seem real but do not exist. The effects generally begin within 20 to 90 minutes and can last as long as 12 hours in some cases (LSD) or as short as 15 minutes in others (synthetic DMT).”

Other effects include:
• intensified feelings and sensory experiences (such as seeing brighter colors)
• changes in sense of time (for example, the feeling that time is passing by slowly)
• increased blood pressure, breathing rate, heart rate, or body temperature
• sleep problems
• paranoia—extreme and unreasonable distrust of others
• psychosis—disordered thinking detached from reality

The Institute points out two, albeit rare, long-term effects associated with the use of classic hallucinogens; Persistent Psychosis and Hallucinogen Persisting Perception Disorder (HPPD). Effects include visual disturbances, disorganized thinking, hallucinations, or other visual disturbances. “Both conditions are seen more often in people who have a history of mental illness, but they can happen to anyone, even after using hallucinogens one time”.

As with any candidate or initiative on the ballot – do your homework. There is a considerable amount of evidence in a pro entheogenic plant and fungus city like the District. However, a city that also struggles with mental illness and drug abuse, like the District, might find some different concerns mushrooming out of Initiative 81. 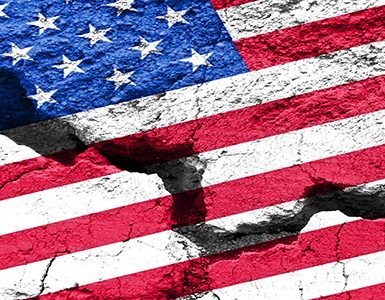 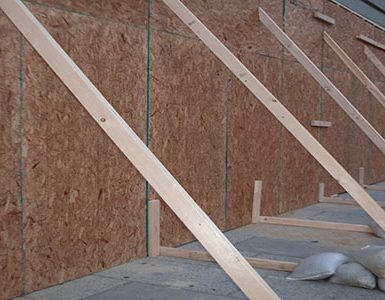