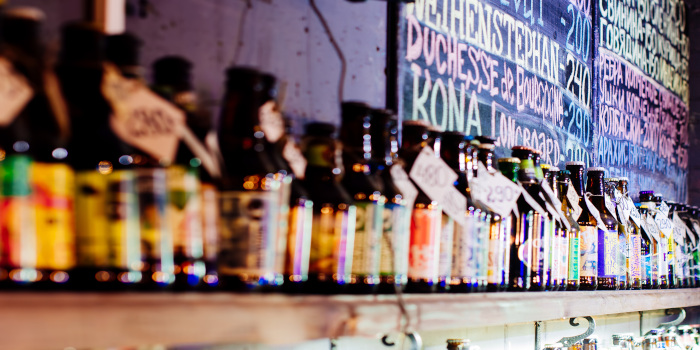 Love Beer—But Not the Side Effects? Try These New N.A. Brews

If you’re a beer lover and thought non-alcoholic concoctions could never hold a candle to traditional lagers and ales, prepare to be pleasantly surprised. Today there are some truly desirable non-alcoholic lagers, IPAs, and even stouts that can handle the challenge. Non-alcoholic beer is a rapidly rising segment of Europe’s beer market, and craft N.A. beers have arrived at major U.S. grocery stores as well as the local beer outlets. From deeply satisfying IPAs to light and licoricey stouts, there’s something in the alcohol-free beer world to suit every taste.

Rise of the N.A. Craft Beer

Praise be to Connecticut-based Athletic Brewing Co. Their non-alcoholic beers, once found only on high shelves in back corners of corner beer outlets, are scaling up. Grocery stores with well-stocked beer sections carry them in six-packs for around $10. Run Wild and Upside Dawn are their two front-runners. 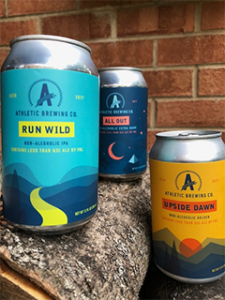 Run Wild is an outstanding craft beer with a distinctive bitter twang reminiscent of Yard’s Philadelphia Pale Ale. It’s brewed with a range of Northwest hops, and each 12-ounce can contains just 70 calories. Upside Dawn is a refreshing golden ale, with subtle floral tones that blossom on the palate. Upside Dawn contains a blend of organic U.S. and European malts, and has a gluten content of less than 5 ppm. All Out is the company’s stout. It has treacle tones and a light texture, comparable in style to the Victory Brewing Company’s Donnybrook. Mix it with any good N.A. ale for an excellent black and tan. Check the company’s website to order these gems and to keep up with what’s brewing. Ten percent of all online sales currently go to support the Restaurant Employee Relief Fund, addressing hardships caused by COVID-19.

These and other new craft brews are especially welcome, but some of the big companies do deserve plaudits. Hakke Beck, the pilsner from Anheuser-Busch’s Brauerei Beck & Co., is delightful on a hot summer day. The hoppy St. Pauli N.A., from St. Pauli Brauerei, also part of Anheuser-Busch InBev, has long been a leader in taste. And it’s nice to find a bar that sells Gerstel by Privatbrauerei Eichbaum, Guinness’s Kaliber, or Heineken’s Buckler. And then there’s Clausthaler from Binding-Brauerei AG. Its real game-changer is its Dry Hopped ale—something between a pale ale and a traditional brown ale. Very hoppy, subtly chocolately.

Is N.A. Beer a Fit for Healthy Lifestyles?

Most N.A. beers are made from four simple components: water, yeast, malted grain and hops. This gives them an indisputable edge, health-wise, over many sodas and other bottled drinks. Beer is a source of B vitamins, and in the case of N.A. beers, there’s no alcohol to offset the goodness. Today’s non-alcoholic beers are, for many of their growing fan base, as rewarding as the inebriating brews they replace, with fewer calories. Is it odd that they run on the expensive side? Well, we’re paying for the brewer’s art and the unique taste of these brews, not the alcohol content. With N.A. beer, that’s precisely the point.

People in recovery might wonder if drinking N.A. beer could lead to setbacks. When in doubt, consult with a healthcare professional or sponsor. And know that non-alcoholic beers do contain a little alcohol—up to 0.5% alcohol by volume (ABV) is allowed, as there are no effects from such a low amount. For context, it’s long been known that a loaf of bread can retain more alcohol (0.4 – 1.9%) than N.A. beer. Not convinced? Then go for one of the 0.0% ABV brews on the market. Heineken 0.0 is brewed with the company’s signature yeast, and is a great gift for lager fans who have sworn off the traditional stuff. A little pricier is the outstanding Bitburger Drive Alcohol-Free Premium Pils, which local beverage outlets can order. Know that even 0.0% beers can contain tiny amounts of alcohol—0.05% ABV or less. A ripe banana has more.

So, whether you’re hoping to beat the booze or just want a satisfying way to take a break from it, N.A. beer may be the answer. Rest assured you won’t give up outstanding quality and taste.

Note to our readers: This article solely reflects the opinion of the writer; no review products were supplied. Helpful supporting references included the-soberists.com and steadydrinker.com. 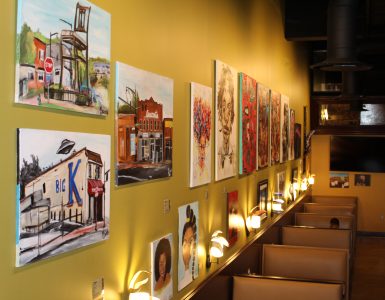 Ward 8 Now Has a Sit Down Restaurant: Busboys and Poets Welcomes the Community

It was a too good to be true two days ago on Tuesday, March 12, for the Ribbon Cutting Grand Opening of Busboys and Poets in Ward 8 at 2004 Martin Luther King Jr. Avenue in Southeast Washington, DC. “It’s... 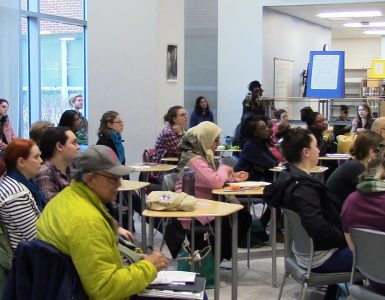 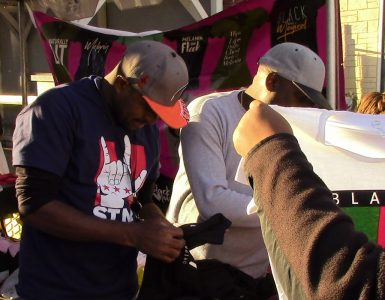