In breaking news from the American Automobile Association, 939 people lost their lives in red-light running crashes in 2017. This figure represents a 10-year high and is the highest death toll since 2008. Sadly, data indicates that there’s been a 30% increase in red-light running fatalities since 2012.

In an attempt to combat this growing public safety concern, many districts and local jurisdictions around the country, including the District of Columbia (DC), are utilizing a relatively new strategy known as automated photo enforcement. Also known as red light cameras or photo radar, automated photo enforcement technology is set up near or on stoplight intersections. It can record vehicular activity, commuter speed, and any road violations as they occur.

A Look at the Evidence: Do Red Light Cameras Work?

Proponents of automated photo traffic enforcement claim that having these cameras and technology in place improves public safety and reduce the rates of traffic violations. And according to the non-profit organization Insurance Institute for Highway Safety (IIHS), at least some research indicates that red light cameras may reduce the rates of fatal accidents by up to 19%.

However, the evidence for this is not consistent across the board. For instance, a study done in Illinois found that while areas with red light cameras saw a 15% reduction in “T-bone” style car crashes, the incidences of rear-end accidents rose by 22%. The researchers concluded that having this technology in place, at least in Chicago intersections, did not reduce injury-related car crashes on the whole.

Critics, including public officials and private citizen drivers, cite this inconsistent data as one of their major contentions with automated speed cameras. Many also cite concerns over privacy violations and somewhat cynically point out that this technology appears to be used merely, or at least primarily, as a revenue stream.

The revenue generated for DC—which is one of 400 communities in America using speed cameras and one of 130 communities using these cameras to enforce traffic laws—may help shed some light on this controversy.

According to the latest information from the District Department of Transportation (DDOT), there are about 300 areas throughout DC’s eight Wards where speed cameras are either currently installed or are proposed to be installed in the future. (Additionally, DDOT has proposed placing traffic control officers at 10 critical intersections during high traffic times of the day.)

Along with the Metropolitan Police Department and per the mandate set by Section 9029 of Fiscal Year 2014 Budget Support Act, DDOT had to provide data to the Secretary to the Council on speed cameras. Such data included an analysis of the speed camera’s effect on safety, and (if no link to increased safety could be found) justification as to why those cameras should be at those locations.

In its 2014 executive summary, DDOT revealed how it chose the current or proposed camera locations. Metrics included “site-specific speeds and average daily traffic (ADT) volumes…crash types, crash frequency, and crash severity.” In its report, DDOT also reviewed past crash data before and after camera installation at existing areas, which, according to their analysis, “revealed an overall reduction in the number of crashes by as much as 20 percent for these locations.”

The veracity of such a claim may warrant further investigation, though if true then it certainly suggests a positive impact. But as important as reducing traffic-related injuries and fatalities are, this isn’t the only impact Ward residents are concerned with. The financial impact, for instance, should be explored.

A typical red light speed camera fine in DC costs around $50 to $100. It’s a potentially hefty fine for many Ward residents, even in a part of the country that has a reported median household income of $82,372.

As for the local government, the fines add up—to its great benefit. Automated speed camera fines generated DC nearly $100 million in 2016—up from $69 million in 2015. And in 2017, automated speed cameras issued nearly 1 million speeding tickets in total. This is in stark contrast to the 529,993 tickets issued in nearby Montgomery County and 263,302 tickets in nearby Prince George’s County, both in Maryland. (Virginia state law prohibits the use of speed cameras.)

How do residents feel about this? Interestingly, a study from the IIHS found that 59% of Maryland drivers they surveyed had been issued tickets—even so, fully 62% survey participants approved of the cameras being in place.

Meanwhile, DC residents appear to share the same sentiments, although overall approval is mixed. A different IIHS survey found that over three-quarters of DC residents (and 90% of non-drivers) were in favor of speed camera enforcement, but more than a third felt that cameras were primarily intended to raise revenue.

There is evidence to suggest that automated speed cameras improve public safety and reduce the risk of accidents and traffic-related injuries and fatalities. It has even been proposed that the use of remotely monitored traffic cameras can help cut back on racial profiling. However, data supporting the effectiveness of this technology is mixed.

Additional research that can clarify if and how automated photo enforcement technology works appears to be warranted. In the interest of public safety and public privacy rights, such research should be used to influence the continued use of speed cameras, which, without question, are generating a significant amount of income for the District. 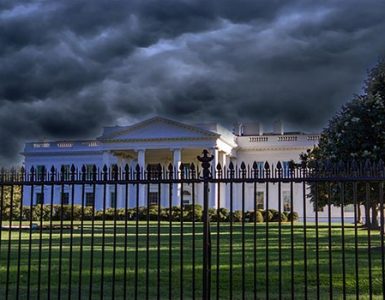 The events of the past month should make it clear that D.C.’s demand for statehood is more than just a slogan or rallying cry. It’s an existential reality that President Donald Trump laid bare to the world... 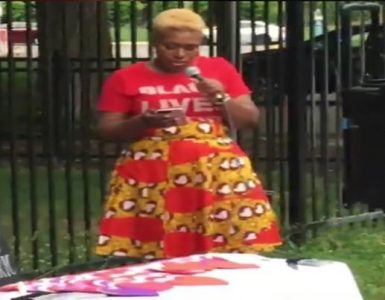 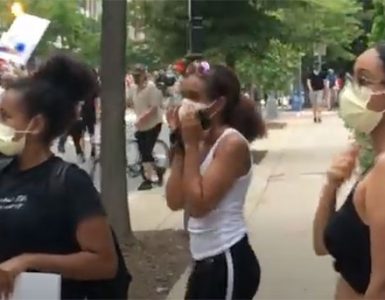