In our country, the man in power has comically made bulls of so many of us. Years of his deception and iniquity have left a major section of the American population on edge, constantly and fretfully waiting for the next shoe to drop, though we have long since lost count of dropped shoes. His misdeeds have become so regular that anything symbolizing the matador-in-chief is capable of sending his most ardent opponents into a frenzy. For many, the entirety of his squalid record surges to the memory at the sight of his bullfighter’s cape: a hat of the same color.

For years we have witnessed the rage that the “Make America Great Again” cap inspires. Three years ago, two white teenage girls on a school trip appeared on the campus of my former institution, Howard University, wearing the caps. Unsurprisingly, they had their pictures taken, were crucified on social media, given dirty looks, and yelled at by passersby. Recently, two white Wilmington, Delaware residents were charged with second-degree robbery, second-degree conspiracy, endangering the welfare of a child, third-degree assault, attempted third-degree assault, offensive touching, and felony hate crimes for destroying the signs of two of the president’s supporters, a mother, and her seven-year-old son, outside of the Democratic National Convention and stealing the child’s hat.

Perhaps the most notable instance in recent memory occurred early last year in front of the Lincoln Memorial, when a group of MAGA hat-wearing Catholic school students from Kentucky while attending the “March for Life” pro-life rally, were slurred at and lambasted by members of the Black Hebrew Israelites, who some of us might have seen prophesying atop crates on a corner of Georgia Avenue. Videos of the incident spread like wildfire, but the one that entertained the most circulation and discussion did not include any of the harassment suffered by the students. Because of the man they represent, the hat has become so powerful a lightning rod that various media outlets completely mischaracterized the events of that day because the students’ hats propelled assumptions of their antagonism. In fact, they did little more than stand still and chant an assortment of their school’s fight songs to drown out the showers of invective.

The dreadful impact of the hat and associated slogan’s creator has made it so that not only his character, name, and actions carry an air of aggression, but also those who proudly support him. Simply wearing a hat cannot make you a bigot, sexist, or xenophobe, but it can certainly associate you with a bigoted sexist xenophobe. Let’s be clear: I by no means intend to justify the violent responses to the hat I have outlined here. In every case I have mentioned, the aggressors were clearly and unilaterally in the wrong. But it is important to recognize the initial mistake that preceded their wrongdoing: All of them were so blinded by the hat that they conflated the character of whoever wore it with the man it alluded to. This is a glaringly false equivalency rooted in comprehensive misunderstanding.

It is because of the president (and his most openly bigoted adherents) that this piece of cloth can never just be a piece of cloth. Instead, it is to Isaac Bailey a “potent symbol of racism,” and to Rich Barlow an “emblem of hate,” as well as “racial animosity woven in cloth, unwearable without draping yourself in its political meaning.” I find that last description particularly compelling. Consider this excerpt from the article about the Catholic school students I cited earlier: “…there’s shockingly little evidence of wrongdoing unless donning a Trump hat and standing in a group of other people doing the same is now an act of harassment or violence.” The writer does well here to capture the absurdity of the moment. Wearing a hat does not constitute harassment or violence, but when the hat exudes an increasingly harmful political meaning, when it is, to quote Barlow, “a signifier for those who believe America was great during some point in the past they dare not name, knowing if they do, it would reveal a time when it was worse for people of color,” you can expect people to feel harassed by the sight of it.

America today exists in a rapidly churning vortex of constant misinformation. Our division and animosity are attributable to confusion and misunderstanding more than anything else, which should be expected from a population headed by a pathological liar and propaganda mill, and a population obsessed with social media, the single vastest resource for misinformation. To quote Jacobin’s Meagan Day, “At no time in living memory has reality itself been more contested.” This means many things, but for our purposes, we can look to a particular divergence of reality. There is one in which the president is the Great White Hope, the final bastion keeping “Antifa” and the “Radical Left” from sending the nation into complete chaos, and there is one in which he is who he is. So, allow me to ask: Would you expect to understand or sympathize with one from another reality, especially if their reality trivializes the concerns of your own? 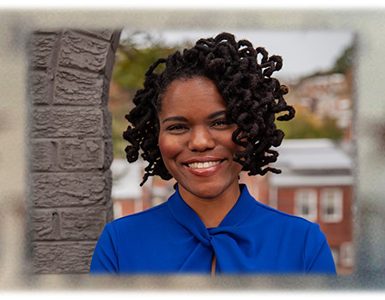 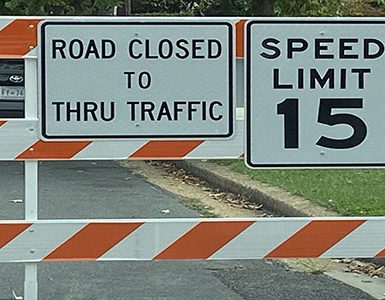 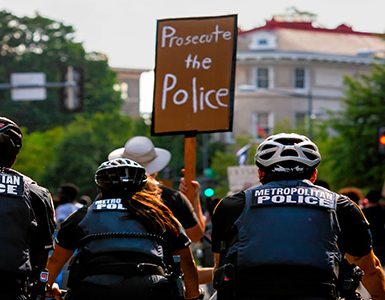 Mayor Muriel Bowser took a defiant stance against President Donald Trump when she painted Black Lives Matter along 16th Street near The White House. She later posed for an iconic photo with John Lewis standing on Black...