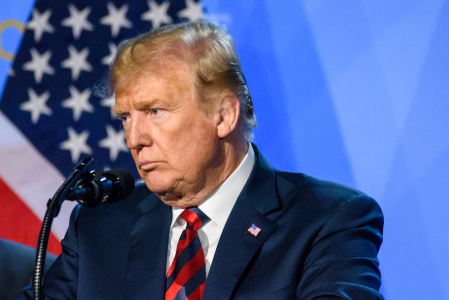 If there is a chance that you have not been paying attention to the tabloids and news let me fill you in and you could thank me later. Our now impeached President Donald Trump has recently been feeling quite overprotective in regards to the safety of U.S. citizens. A few days ago President Trump launched a missile airstrike that ended up killing Maj. Gen. Qassim Suleimani, a high-powered Iranian commander in an act to prevent war. It is quite unsettling considering that before the airstrike took place and killed one of Iran’s most powerful leaders, there was no word of an attack or potential danger regarding the U.S. citizens.

Trump says that “Suleimani was plotting imminent and sinister attacks on American diplomats and military personnel, but we caught him in the act and terminated him,” he said, speaking to reporters from his resort in West Palm Beach, Fl. “We took action last night to stop a war, we did not take action to start a war.” The narrative that Trump is trying to paint is that the actions that he displayed were an act of defense and not attack. Since the attack, Trump has warned Iran about a possible retaliation saying, “If Americans anywhere are threatened, we have all of those targets already fully identified, and I am ready and prepared to take whatever action is necessary.”

It’s just hard to believe a man that is possibly on his last leg in the office is desperate to get the general society’s opinion of him on his side. Who is to say that he only stirred up more controversy than what was already out there about him and tried to spin it into his favor? He is clearly wary after getting impeached and plans to do anything to remain in office to finish carrying out his plans he has for this nation. With his claims of using the airstrike as a form of protection the action of killing the Iranian leader only increased the tension between the U.S and the Iranian people.

Iran’s United Nations ambassador Majid Takht Ravanchi called the killing of Suleimani “an act of war” and swore that it would be responded with “revenge, a harsh revenge.” “Last night, they started a military war by assassinating, by an act of terror, one of our top generals,” Mr. Takht Ravanchi said Friday on CNN. “We cannot just remain silent. We have to act and we will act.” When asked if Iran would act militarily, Mr. Takht Ravanchi said: “That’s for the future to witness.”

If this doesn’t send chills up your spine, and let you know that this situation is for real, I don’t know what will. The now impeached president has put us in a grave position of danger and for what reason? To what expense? Is the safety of the people he governs every day and put him in that position of power, worth losing in order to remain in power? In any event, few democratic representatives have come out and spoken on Mr. Trump using these actions as an attempt to redirect attention from his impeachment.

Senate Minority Leader Charles E. Schumer of New York said that Trump “does not have the authority for a war with Iran…the president’s decision may add to an already dangerous and difficult situation… This action may well have brought our nation closer to an endless war. Exactly the kind of endless war that our president promised not to put us through.”

Hours after the strike the Iranian social media went ballistic with threats to our president as they were outraged. Accounts across Twitter and Instagram showed pictures of Trump with a decapitated head as well as showing him in a coffin covered in the American flag, alongside the hashtag Operation Hard Revenge. The statistics behind this tweet will really open your eyes as it was accounted that according to the Atlantic Council’s Digital Forensic Research Lab the tweets speaking on pro-Iranian, anti-American content were fluctuating at a rate of 3,000 tweets every 45 minutes, according to New York Times data.

In my opinion, there is no way that Trump did not know the repercussions of this attack. I am sure that he is more than ready for a war, but what about the innocent U.S citizens? Of course, if you take out a nation’s influential leader they will not suppress their emotions just because we are considered to be a powerful nation and take no action. Iran reported that it’s military “unintentionally” ended up shooting down the Ukrainian jetliner that crashed earlier in the week, killing all 176 aboard, following the government repeatedly declining Western accusations that they were responsible. The strike was done with an MQ-9 Reaper drone which fired missiles on a convoy of vehicles departing the airport. Multiple other officials from Iraqi militias along with Tehran were also killed.

President Trump tweeted and had this to say about the attack “General Qassem Soleimani has killed or badly wounded thousands of Americans over an extended period of time, and was plotting to kill many more…but got caught! He was directly and indirectly responsible for the death of millions of people, including the recent large number…” After this today, Trump tweeted and spoke out criticizing democrats for being opposed to the attack on “Soleimani and called them “unhinged”.

If this is the case and the democrat’s defense is so outlandish then why have we never heard the news about these attacks or plans to attack prior to the airstrike? Or who’s to say that Trump isn’t using this attack as a ploy to convince the population that he is worthy of staying in office and avoid not being able to get reelected this upcoming term? Before he entered public affairs and was a private citizen, he invalidly predicted former President Barack Obama as one who was going to carry out the same plan of attack that Trump himself used. Trump tweeted back in 2011 of starting a war with Iran in order to get elected. So it’s pretty funny to hear about an airstrike killing an Iranian leader after his impeachment. “This strike was aimed at deterring future Iranian attack plans,” the Pentagon said in a statement. The United States has been feuding with Iran over its nuclear initiative and effect in Iraq and other countries across the region. Those tensions have since risen under the Trump campaign.

The deployment of the elite Army Rangers was the latest to go to the region. This week, the Pentagon assembled 4,000 troops based at Fort Bragg, N.C., for a similar security mission to Kuwait. They are projected to leave in the coming days, joining 750 troops that have already been deployed previously, officials said. I am not saying without a doubt this shell shocking attack is because Mr. Trump is trying to get back into the office. Nonetheless,  it still is a skeptical decision to make in such an irrational manner. Now causing our military to ready up for any incoming attacks or threats.

Now the Radical Left, Do Nothing Democrats, are asking @senatemajldr Mitch McConnell to do the job that they were unable to do. They proved NOTHING but my total innocence in the House, despite the most unfair & biased hearings in the history of Congress. Now they demand fairness!

In order to get elected, @BarackObama will start a war with Iran. 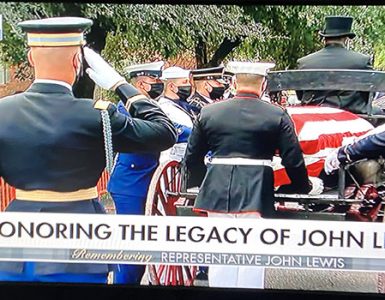 Imagine my dismay, anger, and contempt as I was switching through the local stations to see the coverage and discussions leading up to the caisson drawn coffin of John Lewis crossing the Edmund Pettus Bridge, only to... 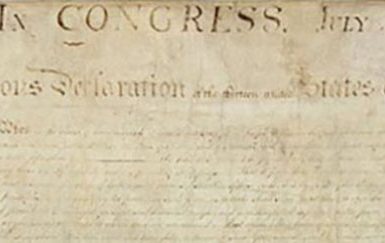