The Olympics is officially beginning its start across the globe. With all participating countries including the United States testing their athletes for competition. However, unfortunately, one of America’s newest upcoming talents Sha’Carri Richardson will not be able to attend the games in Tokyo this year. After a sad turn of events, sprinter Richardson got her ticket to Tokyo winning the 100- meter race, then failed a drug test on June 19th. Just last month she was gearing up, ready to represent the U.S in this year’s games. This spectacle has now been postponed. Based on the ruling by the United States Anti-Doping Agency claiming ” Richardson, 21, tested positive (Carboxy-THC)…as the result of a sample collected in competition at the U.S. Olympic Team Trials on June 19, 2021.”‘

The rules and regulations

The newly set rules by the 2021 world Anti-Doping Code, classifies THC as a “Substance of Abuse”.  This is because it is frequently used outside the context of sports. If an athlete indeed tests positive and can prove that their Substance of Abuse was unrelated and did not take place during the competition; they will be given a three-month sanction. However, she has chosen to complete a Substance Abuse treatment program approved by the USADA. According to the USADA, “Richardson accepted a one-month period of ineligibility that began on June 28, 2021, the date of her provisional suspension. Richardson’s period of ineligibility was reduced to one month because her use of cannabis occurred out of competition and was unrelated to sports performance and because she successfully completed a counseling program regarding her use of cannabis.” With her selecting this option, she will not be able to run in the 100-meter dash which is the race that pushed her into stardom. Yet, she will have the chance to run in the 4×100-meter race if she chooses to participate this year.

It was just Weed

When evaluating Richardson’s substance abuse it was clear in no way did cannabis affect or enhance her physical abilities. This is why she received the sanction she did. Marijuana and its effects in comparison to other drugs used to achieve Olympic accolades aren’t even close. Viewing situations like Lance Armstrong using blood transfusions and testosterone to win the Tour de France seven times. Drugs such as steroids and things of that nature directly give athletes a boost to their testosterone and strength. Richardson’s purpose for smoking cannabis in the first place was for coping with the recent death of her mother. It is clear in this case that cannabis was used for mental purposes. When dealing with something so traumatic it is hard to mourn. Not to mention the fact that there are plenty of other drugs that could’ve been used instead of the one that is heavily debated to be legalized or not (Weed). Also, it must be said that she was in Oregon where it is legal. Though of course not legal or tolerated during the Olympic Games.

Richardson said it herself in an interview on the Today show about the incident. “Who am I to tell you how to cope when you are dealing with a pain that you never experienced before.” Myself, her supporters, and her sponsor Nike all seem to understand the stipulations that she was dealing with in her life. Nike has been sponsoring Richardson since 2019 and will continue to do so. Releasing a statement saying “We appreciate Sha’Carri’s honesty and accountability and will continue to support her through this time.” This is a slight ray of sunshine in such a gloomy situation, it feels good to see a company of Nike’s stature continue to stand by its African American athletes.

Richardson was disappointingly disqualified after captivating many fans across the nation after finishing with a time of 10.86 in the 100-meter dash. With that only being one of the five different runs that were under 11 seconds this season, her athleticism was undeniable. These runs are what gained her fans and believers including myself that had us thinking she would be the first gold medal for the U.S in the women’s race since Gail Devers did it in 1996. This whole situation is just unfortunate after Richardson was just on top of the world. Absolutely dominating in the 100m Olympic trials sweeping away the competition. Anyone who witnessed those races knew who our best chance to win the gold was and it was evident.

A Little History and a Familiar Face

Devers was also an African American sprinter for the U.S, which is why it was refreshing to see someone like Richardson looking to grab the torch. With the entire look from the hair, the nails, the tattoos it felt like I knew her 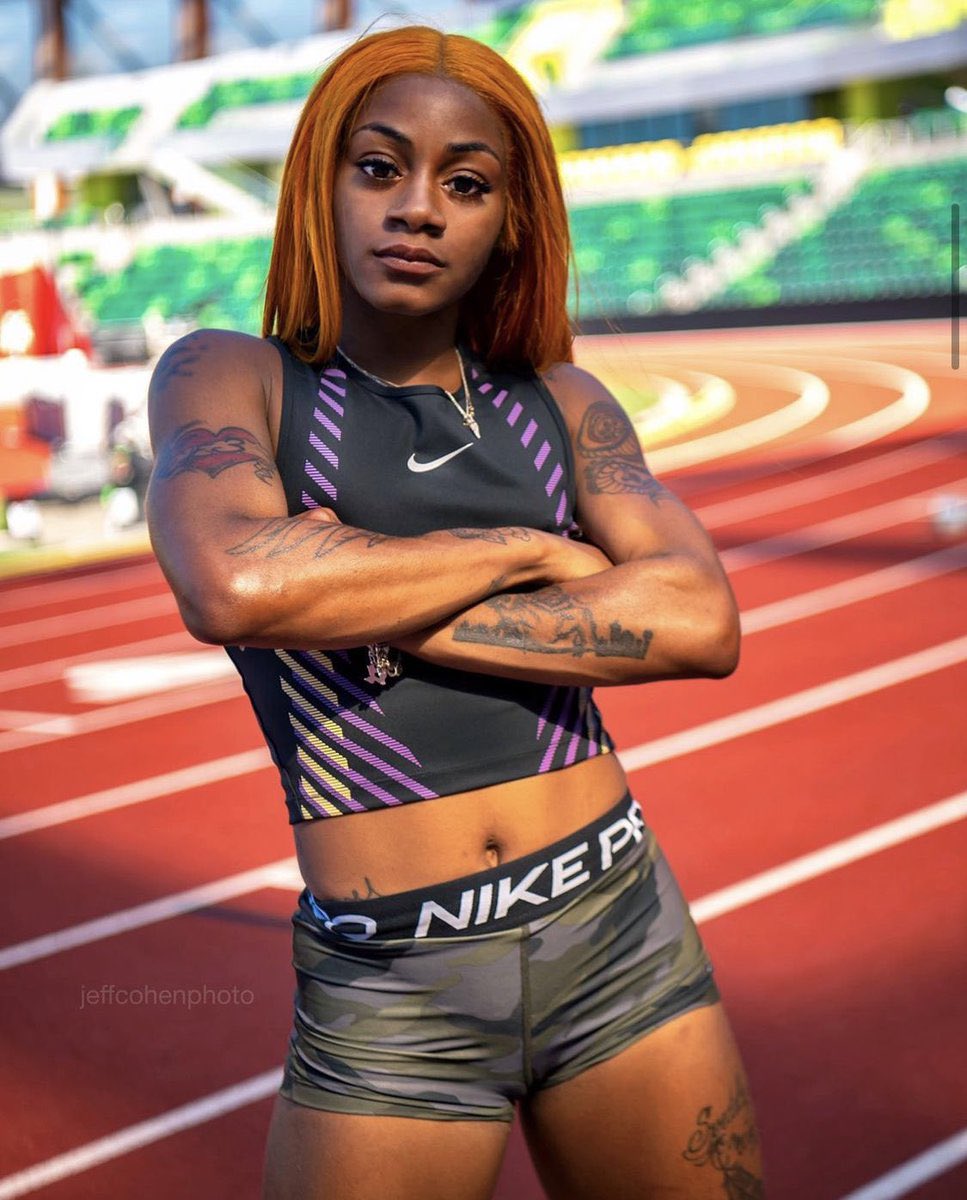 or have seen her somewhere. For me, it definitely felt good to see someone that looks like someone I know. Even resembled some family members of mine participating in the Olympics and heavily favored to win it all and take home the gold. I say this because you don’t see it too often, a Black athlete dominating a solo sport in the Olympic games. It would have just been a breath of fresh air having someone that looks like they could’ve come from where I come from. The little things like sharing characteristics such as talking the same and going through identical struggles in life made me a fan of this young woman and it would’ve been amazing to see her in Tokyo representing the whole nation.

But, how I felt when I heard she wasn’t participating is nothing compared to how Richardson must’ve felt after she caught news of her mother’s death from a reporter. This only makes me sympathize more for her as she was grinding so hard for her chance to run in this year’s races that she had to hear such personal news from a third party. After hearing this news from a source like this, the pain she felt I am sure was unimaginable. This is why I choose not to blame her as she tweeted about herself after the news of her DQ was released “I am human”. With that being said any human can see the severity of a situation like this and would seek some sort of escape.

Set for a Comeback

In her interview nonetheless, Richardson showed great poise and maturity taking responsibility for her actions instantly at the start of the questioning. Just moments after, she informed everyone how she was doing she said “I want to take responsibility for my actions.” “I know what I did and I know what I am supposed to do”. Not blaming anyone or anything before herself. This story is very saddening having to wait to see Richardson back on the track, but she left reassurance for her fans and supporters saying “This will be the last time the Olympics is going to cheat Sha’Carri Richardson.” I am sure she will stand firm by her words.