As humans, we are life-long learners. I often share in my posts that I am amazed at how much I am enlightened to new things that I never really paid too much attention to. Today, is no different. While relaxing, I began to surf through to see what was on TV. I came across a 2017 documentary entitled Baltimore Rising about the protesting and rioting that ensued after the death of Freddy Gray while in police custody in Baltimore, Maryland. At the end of the program, there is a list off follow-up on those highlighted in the story. What caught my eye was the statement that said Baltimore, had the highest number of violent crimes in the U.S.!

Although I reside in New York, my interest was piqued because I have family members who live in Maryland and work in Baltimore. Oh, as an aside, I love me some Maryland crab cakes! I take some home every time that I visit. Because of this connection, I wanted to know more about how bad things really are there and what is being done to reverse the damage. So, here is what I learned. 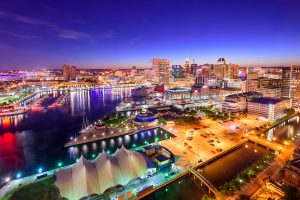 Baltimore, Maryland’s largest city and economic center was established in 1729 and named for the Irish barony of Baltimore (seat of the Calvert family, proprietors of the colony of Maryland). It is about 40 miles from Washington, D.C. and was created as a port for shipping tobacco and grain, and soon local waterways were being harnessed for flour milling.

Baltimore was designated an independent city by the Constitution of Maryland and is the most populous city in the state of Maryland with an estimated population of 586,131 in 2020. As of 2017, the population of the Baltimore metropolitan area was estimated to be just under 2.802 million, making it the 21st largest metropolitan area in the country. Wow!

Baltimore has sometimes been dubbed a “city of neighborhoods”, with 72 designated historic districts. Baltimore, known for its beautiful Inner Harbor, Port Harbor and National Aquarium, are the city’s top tourist destination. The Basilica of the National Shrine of the Assumption of the Blessed Virgin Mary, also called the Baltimore Basilica, was the first Roman Catholic cathedral built in the United States and was among the first major religious buildings constructed in the nation after the adoption of the U.S. Constitution.

As beautiful as Maryland is, and the iconic sites located there, like many other cities in the U.S., Baltimore has its problems that comes with a dark side. What is that you might ask? Crime!

Sandtown-Winchester, Baltimore is one of West Baltimore’s most problematic communities. In the second half of the 20th century, Sandtown experienced economic depression, housing abandonment, crime, and the effects of the Baltimore riot of 1968. The community is 98.5% Black. West Baltimore’s most devastated communities was also where Freddy Gray lived, was arrested and died. Following Gray’s death, the area was once again hard hit by riots, looting and burning down of buildings.

Baltimore is notorious for its significantly high crime rate, including a violent crime rate that ranks high above the national average. Also, like other cities, homicides in Baltimore are heavily concentrated within a small number of high-poverty neighborhoods. According to a Baltimore Sun investigation, around 80% of the city’s gun homicides are committed in 25% of the city’s neighborhoods. For the past few years, the rate of lethal shootings has been increasing in Baltimore and at least 10 other cities, such as Washington, D.C.; Chicago; and Milwaukee. For Baltimore, homicide rates remain high and continues to exceed the national average. Living in New York City, I figured we were in the top running! 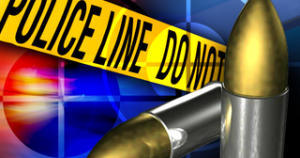 Out of 65 U.S, cities with greater than 100,000 residents for 2019, Baltimore had the second highest rate of homicides of a major American city behind St. Louis who was at 64.54 murders per 100,000 residents. The murder rate in Baltimore was 58.27 per 100,000 residents. In 2020, Baltimore’s homicide rate was at 335. According to the Baltimore Sun, as of July 24, 2021, the city’s Homicide number is at 193 across all the districts with approximately 81 of those homicides being of Black males. This is scary to say the least. So, how can this city reclaim its beauty and safety?

All Hands-on Deck: Notorious Back to Glorious

Although I don’t live there, but often visit, Baltimore is not a bad place to live. It’s actual a great city. The greater metro region is one of the wealthiest anywhere with neighborhoods’ vital commercial districts and its repurposed mills. However, since COVID hit, the city’s fate is inextricably linked to the wider world. The slogan said around the world was “We’re all in this together”. But are we? Baltimore can’t go it alone in tackling its big problems. There needs to be all hands-on deck and act as one.

I read about an idea that circulated after the passage of the 1948 referendum that proposed a federated model of the Baltimore metro region government—with each existing jurisdiction keeping some internal autonomy. In other words, the city and the surrounding metro counties would form something like the consolidated working arrangement that exists in cities like Toronto, London, and New York—think of the five boroughs in New York. Is this a viable solution to crime? All I know is that in New York, all five boroughs have experienced an increase in crime and homicides to some degree.

Another idea that arose out of Baltimore is the Ceasefire 365 Initiative.

Baltimore’s ongoing Ceasefire initiative has demonstrated that everyday citizens are willing to do their part when it comes to gun violence reduction. 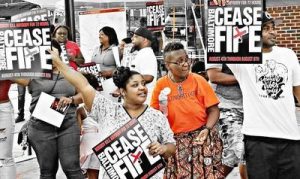 The goal of Baltimore Ceasefire 365 is for everyone in the city to commit to zero murders. With calling ceasefire weekends, the ask is that everyone be peaceful and celebrate life. Celebrating by outreaching to help each other get the resources they need in their lives. With all hands-on deck, people are having conversations with each other about how to handle conflict differently and making commitments to one another to be non-violent in thoughts, words, and deeds.

By agreeing to sacred weekends without murder, and by receiving the resources needed to help avoid violent encounters, the initiative’s hope is that Baltimore residents will eventually agree to honor the sacredness of every day and see an end to murder in the city of Baltimore. Granted there should be places and positive things in the community that children and adults can take part in, and yes police and gun reform, but community togetherness is a start and change has to begin somewhere!

From notorious back to glorious! I believe there are bright lights at the end of the tunnels where all lives matter, and the beauty and safety of Baltimore shines bigger and better than ever! 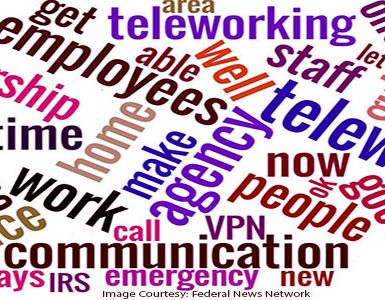 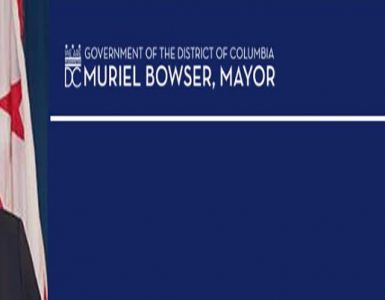