On several occasions I have heard it suggested that Americans of color, particularly Black Americans, tend to “overreact” when lamenting the state of race relations. It is said that they fail to acknowledge progress, are needlessly pessimistic, and are simply impossible to please. But, naturally, I’ve yet to hear such a charge be underpinned by a sincere acknowledgement of the reality the “overreacting” parties take issue with.

After a hard, honest reckoning, what is there left to argue? How does one overreact to Black men hanging from trees in the 21st century, and to police departments that take less than two weeks to completely rule out the possibility of a lynching? Or to living in a country that only just made lynching a federal crime when the problem peaked a century ago? What emotions besides pessimism, sorrow, anger, frustration, and the like are inspired by being challenged after contending that your life matters? By the president being one such challenger? By being pressured to insist that everyone’s life matters when you never denied this in the first place?

If the ire and dread associated with this condition constitute an overreaction, what would an appropriate reaction be? Throughout history, many forward thinkers have chosen to channel their misfortune into progressive action: Martin Luther King, Jr., Malcolm X, and Huey P. Newton immediately come to mind. Seeing that, for themselves and their kin, the door to a prosperous future was closing fast, they gathered whatever strength remained to sprint forward and jam a foot in it. Those crying “overreaction” would likely suggest that this is the “right” way to handle racial grief, despite most of them never having had any. One hundred twenty years ago they would have said that W.E.B. Du Bois was overreacting for writing that the 20th century’s most pressing problem was that of the color line, and would implore the mistreated masses to, in the words of Booker T. Washington, “cast down your buckets where you are,” or perhaps to “pull yourself up by your bootstraps.” Translation: “Quit crying! It isn’t so bad.”

At the opposite end of the reaction spectrum, which by no means contains only two options, are the profoundly destructive and self-destructive practices found just as readily in crack dens as they are on the Billboard Hip-Hop chart. Eighty years ago, Richard Wright explained through “Native Son” how dismal conditions could cause one to act outside of one’s nature. Little has changed—one can only wonder what would lead a 16-year-old to confess “I might just OD, [Percocets] killing me slowly,” or a 17-year-old to ask “I woke up too moody, who gon’ die today?”

But the violent, reckless abandon that plagues underserved communities is not a product of overreaction, but merely of a certain kind of reaction. Who are any of us to determine the “right” way to grieve? Those thinking they have that authority are most likely to exercise it when the reaction affronts them personally, e.g., criticizing a protest down the street but hailing Dr. King as a hero, a man whose protests, ironically, offended so many that someone assassinated him. But because today his rabble-rousing is found in history books instead of behind a podium, it is harder—though not impossible—for his views to disrupt one’s sensibilities. Needless to say, hypocrisy of this order does not bode well for their allegedly moral intentions. It becomes clear from here that their concern has never been with the “right” and “wrong” kinds of reactions, but rather the reactions they are and are not offended by.

It is precisely this kind of partiality that leads some to believe that every protest is a riot, every Democrat a socialist, everyone chanting “Black lives matter” a terrorist, and so on. To sympathize with one another and collaborate on a solution requires a mutual understanding that closed-mindedness and obstinate ideological allegiances can never hope to achieve. In today’s America, our views are so varied that sometimes it can feel impossible to hold a simple conversation. So, if we are to get anywhere, if we are to build something positive out of all this, let us at least try to imagine why our countrymen do the things that they do. 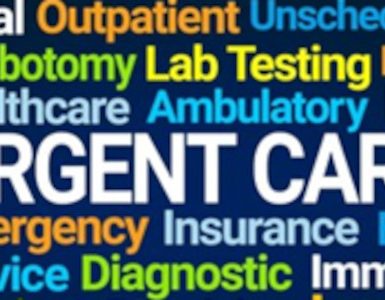