On February 26, 2012, Travon Martin was stalked and shot to death for just going to the store. Three years later, the world grieved with shock on June 18, 2015, as 9 members of The Emanuel African Methodist Episcopal Church were gunned down during an evening prayer service.  May 5, 2020, Ahmaud Arbery was pursued and gunned down by 2 pick-up truck driving gunmen while out for a run.  Then two nights ago, August 25, 2020, a 17-year old white man brandishing an automatic weapon killed two citizens on the streets of Kenosha Wisconsin. In fact, he strolls casually by several police vehicles without one of them stopping to challenge him at all!

With this increasing frequency of citizen shootings, convince me it’s not open season on Blacks.

It appears that a certain strain of white America is taking its lead from police forces around the country. When citizens are emboldened to gun down Black people with impunity you have to ask yourself why. The answer, no matter how much protesting, is that to a number of people a Black life is inconsequential. It’s no different than deer hunting or maybe more appropriately, shooting big game on an African safari. The irony of it all is that unlike the increasing number of Blacks on the growing death roll call, all of these perpetrators were apprehended without incident. In other words, they survived their encounter with the police.

In fact, imagine being treated to a meal after murdering 9 innocent people. That’s the shocking truth when the mass murderer in Charleston was actually treated to Burger King after committing his merciless shooting. You can’t make this stuff up. What a contrast to Rayshard Brooks who lost his life at a Wendy’s after he fell asleep in the drive-through and wound up shot in the back by Atlanta police. This after he asked to walk home from there to his house a few short blocks away.

We’ve been so focused on the police shootings that we lose sight of the bigger picture. It may not be just the police that believes Black lives don’t matter. It could be a whole society of people. Black Lives Matter isn’t a fad or catchy phrase for Black people. It’s the acknowledgment of an existential crisis. To be hunted, stalked, gunned down and preyed upon by police and citizens alike is comparable to the genocide we read about in other countries or the ethnic cleansing in other parts of the world.

So where do we go from here? Should we continue peaceful non-violent protests? Do we proclaim  “burn it down” as some young people advocate? Should we become the staunchest defenders of the Second Amendment, strap up and go full wild, wild west? Or do we launch more get out the vote campaigns to try and use the political system as a tool to remedy years of injustice that it’s perpetrated? Should all Blacks walk off the courts, baseball diamonds, soccer fields, ice rinks, and football camps until the situation is remedied? Sadly, I don’t have the answer. It might take a strategic combination of all of the above.

The sad truth is that the open season on Black people has to end. We are not a monolith and one size doesn’t fit all. People express their anger and resentment where they are. Whether it’s the corner store, office cubicle, on Capitol Hill or the Oval Office, ball field or basketball court all are fair game to display the discontent with the state of Black lives. Do I want to see cities ablaze – no. In fact, growing up and witnessing the devastation the riots had on the inner cities during the ’60s makes that an untenable situation, especially when it’s our communities that take generations to rebuild. However, in the end it’s not enough to say “enough is enough”. The open season on Black people truly has to end! 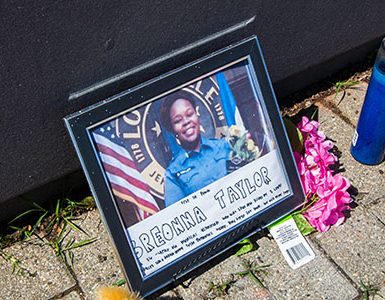