Detectives from the Metropolitan Police Department’s Sixth District seek the public’s assistance in identifying suspects and a vehicle in reference to an Armed Robbery (Gun) offense that occurred on Tuesday, February 18, 2020, in the 4600 block of Alabama Avenue, Southeast.

The suspects and the vehicle were captured by a surveillance camera and can be seen in this video:  https://youtu.be/pFAPgZV_XRA

Anyone who can identify these individuals or who has knowledge of this incident should take no action but call police at (202) 727-9099 or text your tip to the Department’s TEXT TIP LINE at 50411. The Metropolitan Police Department currently offers a reward of up to $10,000 to anyone who provides information that leads to the arrest and conviction of the person or persons responsible for a violent crime committed in the District of Columbia. 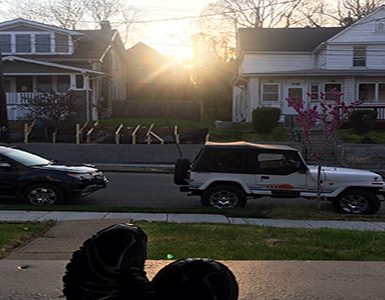 After two weeks of working remote, dreary weather,  and the lack of excuses, to go grocery shopping or the pharmacy, I decided to take to my front porch as my outside endeavor for the day. As I sat there counting...

Suspect Sought in an Assault with a Dangerous Weapon (Knife) Offense: 1300 Block of Franklin Street, Northeast

Tuesday, March 10, 2020 Detectives from the Metropolitan Police Department’s Fifth District seek the public’s assistance in locating a suspect in reference to an Assault with a Dangerous Weapon (Knife) offense that...

Arrest Made in an Assault with a Dangerous Weapon (Knife) Offense: 2500 Block of 10th Street, Northeast

*Updated* Arrests Made in a Burglary Two Offense: 6200 Block of Chillum Place, Northwest

Arrest Made in an Assault with a Dangerous Weapon (Gun) Offense: 700 Block of Pennsylvania Avenue, Southeast

Arrests Made in a Burglary Two Offense: 6200 Block of Chillum Place, Northwest