Every year on March 8th, International Women’s Day celebrations take place around the world, including in the Netherlands. Festivities in this small nation on the edge of the North Sea will be different this year due to public gathering restrictions intended to limit the spread of the virus that causes COVID-19. Instead of in-person events, online conferences and other activities to commemorate the event are scheduled to take place throughout the country.

Recent Dutch International Women’s Day celebrations have involved protest marches. The 2019 and 2020 marches started at Dam Square in Amsterdam — home of the Royal Palace and the magnificent Nieuwe Kerk — and threaded through the city, ultimately ending at the Museumplein. The 2019 march drew 19,000 participants. Similar protests took place in Amsterdam, The Hague, Nijmegen and Groningen in 2017.

Dutch COVID-19 regulations limiting public gatherings have forced organizers to create alternate ways to commemorate International Women’s Day 2021. Instead of a large-scale demonstration, this year’s event will feature a scaled-down option with a limited number of invited participants. Five hundred individuals are scheduled to take part in a protest in Nelson Mandelapark on Sunday, March 7th. Those interested were offered the opportunity to sign up for a slot online — all available spaces were filled within three days. Individuals unable to participate in the live demonstration will have the opportunity to livestream the event.

In spite of the limited nature of the march, organizers have been able to line up a slate of feminist and anti-racist speakers, including Ernestine Comvalius — founder and former director of the Blijmer Parktheater, an innovative theater company dedicated to producing inclusive, engaging art that respectfully engages with and reflects the totality of Dutch society. “We strive to serve, stimulate and enrich a culturally diverse audience with a high-quality, versatile and accessible offering. The Bijlmer Parktheater wants to confront, undertake, enrich and connect,” explains the theater’s website.

Dutch groups have traditionally organized a variety of events centered around women’s empowerment to commemorate International Women’s Day. The 2020 Mama Cash Festival at the Stedelijk Museum in Amsterdam offered lectures, panel discussions and other activities dedicated to women in the arts. Kontra, a progressive cultural organization, organized a Slutwalk in Rotterdam to call attention to violence against women. And the WomanLink Festival in Alkmaar offered professional networking opportunities and workshops on issues such as salary negotiation.

A number of online International Women’s Day events are scheduled to take place this year. WORM, a cultural organization in Rotterdam, will offer Fem Fest — an event featuring films, concerts and workshops dedicated to female leadership and empowerment. Elle magazine organized Feminist (m/v/x) seeks party on March 3rd, during which female politicians running for national office answered questions about the role of government in decreasing the wage gap and increasing female representation in politics and private industry. On March 8th, NPO Radio 1, Dutch national public radio, will host a debate on gender equality featuring the current leaders of the largest political parties in the Netherlands. And The University of Amsterdam will host a lecture dedicated to the exploration of feminism in the Dutch Caribbean and the field of women’s studies on Monday. Similar events are scheduled to take place throughout the Netherlands in the coming days. This year’s theme — Influence with Impact. 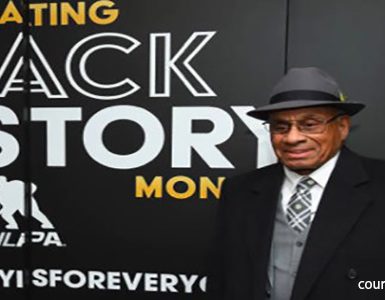 Willie O’Ree and the History of Black Hockey Players

I’ve been a hockey fan practically all my life. My father’s love of sports drove him to watch every form of competitive sport. The one that stood out the most to me was hockey. At the time I thought it was a...

I’m going to pull the thread one more time. Writing about the slave trade in D.C. led me to the story of Philp Reed. His marker at Harmony Memorial Park was beside Solomon Northup, the author of 12 Years a Slave... 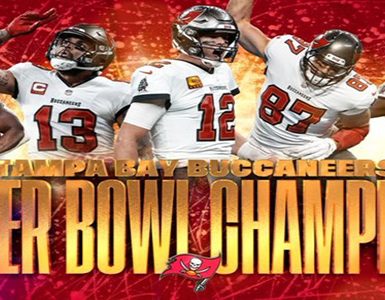 Tampa Bay finished off their brilliant season with a dominating 31-9 victory over the Kansas City Chiefs. Tampa’s defense kept the high-powered Chiefs’ offense quiet all game long. Brady, who won his mind...