Like the last two weeks, Week 11 saw chaos at the top of both conferences. Of the top three seeds in each conference, only the Ravens and Cardinals survived this Sunday without a loss. Teams that were sitting pretty suddenly find themselves in danger. All six of the teams playing this Thanksgiving lost this past weekend. There’s an old saying that anyone can win on any given Sunday. The NFL has lived up to that saying these past three weeks with the results that we’ve seen. Good teams are suddenly losing, and bad teams are suddenly winning. In the NFC we have 10 teams fighting for the last two playoff spots (sorry Detroit you don’t qualify). In the AFC you have nine teams fighting for three playoff spots (sorry Houston, you’re with Detroit). So much still to play for, but let’s jump into this week’s impact.

What a perfect weekend for the New England faithful. On Thursday night they saw their team dominate the Falcons on national TV. Even though Atlanta isn’t a particularly good team, the 25-0 shutout victory was still a statement. Then, thanks to results on Sunday (more on that later) the Patriots are now currently leaders of their division. Oh, and they are only one game behind the number 1 seed Titans. With things seemingly falling apart for some contenders, the Patriots are looking stronger by the week. Head Coach Bill Belichick has this team firing in all aspects of the game. New England’s ascent will likely worry other teams as they thought the dynasty was finally over. But with recent performances and no clear dominant team in the AFC, maybe the Patriots have yet another playoff run in them.

Remember when I said that results on Sunday gave the Patriots the division lead? Well, that was thanks to the Bills putrid effort against the Colts. Playing at home, the Bills just didn’t show up, much to the dismay of their home crowd. The Colts won 41-15, and it raises questions as to whether the Bills are actually any good. They are still 6-4, but their wins are less than impressive. So far, they’ve beaten Miami twice, Washington, Houston, the Chiefs when they were struggling, and the Jets. Even if you want to give more credit for the win over the Chiefs, that win was back in week five. The Bills haven’t had a true signature win yet, and with a tough 5-game slate coming up, it’s now or never for this team. Especially since the loss knocked them down to the last playoff seed.

It wasn’t pretty offensively, but the Chiefs offense did enough to beat a really good Cowboys team. Much of the credit should go to the defense who kept a high-powered Dallas offense out of the end zone. This was a statement win for the Chiefs as they start to regain some legitimacy. They’re on top of their division and find themselves only one game away from the number one seed. With the team suddenly surging and building momentum, they appear to be the most likely team to top the AFC. Much of that may be due to the defense suddenly finding the ability to stop opposing offenses. Patrick Mahomes and the offense still have a few kinks to work out, but if they can find their groove again then this team will be among the favorites to win the Super Bowl.

Seattle’s season was hanging on for dear life before this week began. They found out shortly before their game that Arizona would be without Kyler Murray, which should’ve given Seattle a huge boost. Instead, they trailed the entire game and never really seemed to threaten the Cardinals. The loss isn’t a knockout blow, but it is a damaging one. Arizona is a very good team, but without Murray they were vulnerable. Not being able to take advantage of this golden opportunity will come back to haunt Seattle. As of right now, only the winless Lions are below them in the conference standings. With the season ending soon, the Seahawks don’t have any margin for error. Additional bad news is that Seattle doesn’t even own their first-round pick, potentially robbing them of the chance for a quick turnaround next season.

Amongst all the chaos of the top teams winning, we saw some great 4th quarter drives for those victories. In the early round of games, we saw the Chicago Bears hit on a long TD pass. The TD gave them the lead with less than 2 minutes to go in the game. Bears fans must’ve felt excited about a possible win, especially with Lamar Jackson not playing due to illness. Unfortunately for the Chicago faithful, they watched in horror as Ravens backup QB Tyler Huntley stepped up. In only a minute and a few seconds, Huntley drove the Ravens down the field for the eventual game winning TD. Not to be outdone, the Packers and Vikings were having their own drama right around the same time. With just over 2 minutes left to go, Aaron Rodgers threw a 75-yard TD to tie the game.

But Minnesota QB Kirk Cousins would have the last laugh, taking his team deep into Green Bay territory to set up the game winning field goal as time expired. Then on Sunday Night Football, we were treated to the Chargers and Steelers thrilling finish. Down 14 in the 4th quarter, the Steelers scored 17 unanswered points to take a late lead. But Chargers QB Justin Herbert had other plans. He connected on a 53-yard TD with just 2 minutes left to go in the game. That would prove to be the game winner in what was a thrilling game.

The alarm bells might be ringing in Tennessee after their disappointing loss to the Texans. The team was flat and outplayed for most of the game. In fact, at no point did the Titans lead against a terrible Texans side. Titans QB Ryan Tannehill looked terrible and threw 4 INTs. Questions will be asked about whether he can lead this offense without Derrick Henry. In the meantime, the Titans rearview mirror just got full as their number 1 seed is in jeopardy. The Ravens, Chiefs and Patriots are all within striking distance of the Titans now, as all three of those teams have been surging. The good news for Tennessee is that they have a chance to knock one of them down next week. A date on the road with the New England Patriots next week looms large. 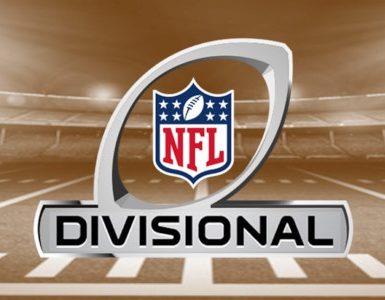 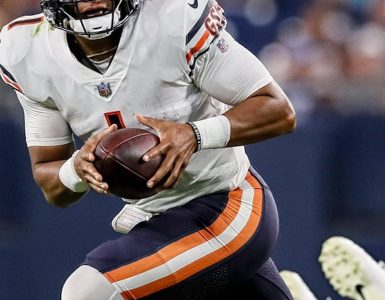