Nicki Minaj Should’ve Had A No 1. Bill Board Hit A LONG TIME Ago

On May 11, rappers Nicki Minaj and Doja Cat made history as the first female collaboration to hold the number one spot on the Billboard Hot 100 charts in six years. Their song, a remix of Doja Cat’s “Say So”, was released on May 1st and created a massive buzz across the interwebs. Fans were overjoyed to see a long time vet like Nicki Minaj collaborate with hot newcomer Doja Cat. In Billboard’s history, only six songs by solo female acts have topped the Hot 100 list, the latest being “Fancy” by Charlie XCX and Iggy Azaela in the summer of 2014. Nicki Minaj and Doja Cat’s “Say So Remix” also topped the Hip Hop and R&B charts. However, for Nicki Minaj, this moment is more monumental. It is her first number 1 on the charts during her 10 and a half year run in the music industry. Minaj, who is now considered the Queen of Rap and arguably the best female rapper of all time, now has 109 entries on the Billboard Hot 100 list, with 18 entries in the Hot 100 top 10. This milestone now makes her the woman with the most Hot 100 entries since the chart’s creation in 1958, tying with Elvis Presley for fourth most of all time.

The history-making does not stop there. Coming in for the number 2 spot is “Savage Remix” by Houston natives, Megan Thee Stallion and Beyoncé. The original song was debuted on Megan Thee Stallion’s album “Suga” earlier this year, with the remix surprising fans on April 29th with a feature from none other than Queen Bey herself. While this statistic has not been confirmed, fans speculate that this may be the first time in history that the top 2 spots on the list were held by Black women. Regardless of its authenticity, seeing 4 Black women at the top of their game in the hip hop industry recognized by such a major list is an achievement in itself. Some critics also claim this feat was long overdue for Nicki Minaj.

Award-winning recording artist and producer Jermaine Dupri so eloquently told People Magazine in July of 2019 that the women in rap today are just “strippers rapping.” It is an incredulous statement considering Dupri’s own show, The Rap Game; a rap competition to sign the best child rapper to his label So So Def, signed Miss Mulatto, a 16-year-old female rapper from Atlanta, Georgia. The internet went to work to remind Dupri of the plethora of amazing femcees that have once graced the stage and are rocking the cypher now. It goes without saying that a familiar name kept popping up: Miss Roman Zolanski herself, Onika Tanya Maraj.

Nicki Minaj’s 10 and a half year run in the music industry has solidified her as the premier femcee of the modern age. Emerging in 2004 as part of Lil Wayne’s newly assembled Young Money Label, Nicki Minaj has become a household name with her versatile flow, witty punchlines, and out of this world wordplay. She has collaborated with the biggest and hottest names in the industry including her labelmates Drake and Tyga, industry newcomers such as A$AP Ferg and G Herbo, and other amazing women in music such as Beyonce and Ariana Grande. Now I am not the first writer to speak on this topic. To be honest, I am extremely late to the party. For the entirety of her decade and a half career, Nicki Minaj has faced severe backlash from sexist media outlets that continuously discredit her talent and creative ability. Her unapologetic, sexually liberated rap persona was the target of many a writer who did not enjoy the rising success a young Nicki Minaj was enjoying.

While Nicki Minaj has undisputedly proven to out-rap both the males and females in her class, she was yet to receive a No. 1 hit that is indicative of such skill. Before reaching No. 1 with Doja Cat, Nicki Minaj peaked at No. 2 with her 2014 hit “Anaconda”. The fun club hit also grabbed her a Grammy nomination for Best Rap Song in 2015, losing to Kendrick Lamar’s “i”. A highly decorated career, Nicki Minaj has been able to win six American Music Awards, 10 BET Awards, seven BET Hip Hop Awards, four Billboard Music Awards, five MTV Video Music Awards, six MTV Europe Music Awards, two People’s Choice Awards, one Soul Train Music Award, and four Teen Choice Awards. Miss Minaj has obviously been killing the game for over a decade so fans are left wondering, what took the masses so long to finally push her to the No. 1 spot? Considering it was for a verse on a remix of industry new girl Doja Cat, it is hard to understand what made this verse pop and not the historical bouts of lyricism she drops on every song. Was it the appeal of a seasoned vet collaborating with a hot rookie? Or rather was it Nicki Minaj’s star power that boosted the original song, which sat at No. 5 before the Remix dropped? Whatever, the reason the Barbs will take this W in stride. She’s always been Number 1, she just got the paper to prove it now. 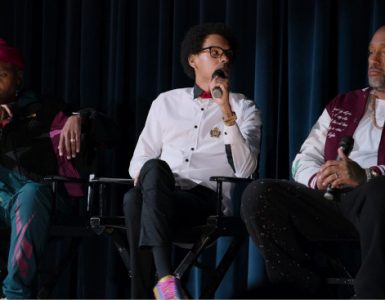 In an interview at the 2017 Emmy Awards, Insecure writer, creator, and lead actress Issa Rae declared that she was “rooting for anybody black” to take home an award that night. Her comments resonated with a... 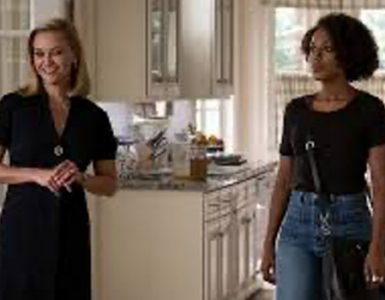 Does Little Fires Everywhere Have a Character Development Issue?

The Hulu Original Little Fires Everywhere is a series based on Celeste Ng’s novel of the same name. Starring Kerry Washington and Reese Witherspoon, the series explores race, motherhood, and interpersonal... 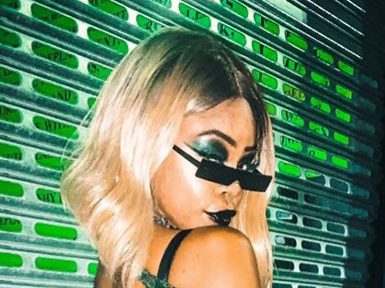 While D.C. may be famous for its historical landmarks, there have been a number of other notable aspects that have given D.C. it’s culture— music being one. D.C is home to some of the most prominent...