June is Black music appreciation month! It’s an annual celebration of African American music in the United States. Who knew? I admit, I sure didn’t.

How Did it Happen?

On June 7, 1979, President Jimmy Carter announced that June has been the month designated as the time to formally honor it. However, it wasn’t until 2000 when the presidential proclamation for the month was signed. President Barack Obama, in 2009, went on to rename the month from Black Music Month to its current name, African American Music Appreciation Month. What I also was unaware of is that on 06/05/2020 then President Trump signed proclamation 10044 of May 29, 2020 about the appreciation month. The Proclamation reads:

Plagiarism as usual the same way white people stole everything else from us and others including our music, why not take credit for proclaiming June 2020 as African-American Music Appreciation Month. That’s just like claiming the discovery of the land of America even though the land was already inhabited by Native Indians.

Didn’t know this proclamation existed because the last four years of Donald Trump cast a cloud over all those not like him – and yes, Black people. In any event, let’s take a musical stroll through history.

Throughout our Nation’s history, African American music has expressed the pain and suffering brought on by injustice as well as the faith and joy of the resilient American spirit. Different styles of music such as rap, hip-hop, jazz, rhythm and blues, barbershop, and swing have their roots in Black history. From the lyrical cries of Black street vendors in eighteenth-century Philadelphia to the infectious dance rhythms of the Motown sound, African American music has been heard at all times and in every corner of America. African American involvement in the nation’s music-making has influenced every genre of American music, helping to create a sound now recognized as distinctly American.

The first Africans transported to this country came from a variety of ethnic groups with a long history of distinct and cultivated musical traditions. African American slaves on southern plantations cultivated their own musical styles, which later evolved into gospel (One of the most widespread of early musical forms among southern Blacks), blues, and what is now known as bluegrass and country music. Most slaves were not allowed to own instruments or could not afford to purchase them. However, using makeshift instruments and their own bodies. Wow! The creative ideas of Black minds.

Black Music on the Move – The Timeline at a Glance

Although Black singers and musicians were well known, in its early years, the recording industry was not looking for known artists. At its inception, beginning in the 1890s, it was the song that sold a record and not (with some exceptions) the artist.

was a familiar figure in New York City’s Hell’s Kitchen and made his first commercial recordings in the spring of 1890 for the Metropolitan and New Jersey Phonograph companies. Later in 1890, a group called The Unique Quartette followed Johnson into the recording studio. The Unique Quartette recorded again in 1893, and one of their titles, “Mama’s Black Baby Boy” survives in stunning fidelity.

In 1890 George W. Johnson became the first African American to record commercially. A common story is that Johnson, a former slave, was discovered singing on the streets of Washington, D.C., by Berliner recording agent Fred Gaisberg.

1912 – Trumpeter W.C. Handy, who earned the nickname “Father of the blues” publishes the sheet music for “Memphis Blues, ” which he called a “southern rag”; two years later he penned the classic “Saint Louis Blues.”

1925 – Louis Armstrong records the first of a series of singles for Okeh Records with his Hot Five and Hot Seven combos. The trumpeter’s songs like “Saint James Infirmary,” “Basin Street Blues,” and “Muskrat Ramble,” “helped to change the course of American music.

1944 – Sister Rosetta Tharpe releases “Down by the Riverside” which highlights her pioneering electric guitar playing, which is widely cited as an influence for countless Rock & Roll musicians.

The list goes on and on from Ike Turner, Chuck Berry, Miles Davis, James Brown, to Isaac Hayes. Hayes’ “Theme from Shaft” wins the Academy Award for Best Original Song (the soundtrack was nominated for Best Original Score); Hayes is the first Black artist to win an Oscar in a non-acting category and the first winner who wrote and recorded the award-winning song.

Reggae a music genre that originated in Jamaica in the late 1960s made its way to the US with its alluring riddims (is the Jamaican Patois pronunciation of the English word “rhythm”) with the release of Bob Marley and the Wailers’ Catch a Fire and the soundtrack for the film The Harder They Come.

October of 1979 introduced us to “Rapper’s Delight” by the Sugar Hill Gang.

The Beat Goes On

In 2017 Nielsen reports that hip-hop/R&B surpasses rock as the most-consumed and dominated music in the US.

In 2018, R& B artist Kendrick Lamar is awarded the Pulitzer Prize for Music for his 2017 album Damn, becoming the first non-classical/jazz artist to be honored in that category.

2019 brought us “This Is America,” by Childish Gambino (aka Donald Glover), is the first rap song to win Grammy Awards for Song and Record of the Year.

The United States has been celebrating African American Music Appreciation Month in June since 1979. The month of June is set aside to appreciate the contributions of African American musicians, composers, singers, and songwriters in American culture. The month honors the history and rich African traditions that gave birth to different styles of music such as rap, hip-hop, jazz, rhythm and blues, barbershop, and swing.

It is also the month to celebrate creative inspiration and appreciate the impact that African American music has had on generations of performers and music lovers! From tales of slavery and racism and fighting for their basic human rights to finding their heritage and values in their lyrics, Black music covers a vast range of topics that have great significance for the community. The evolving tradition of Black music continues to leave its footprints on the soul of all people everywhere. Thus, while Black musicians always seem to be creating something new, their work remains firmly rooted in the long tradition of African American music! So let’s celebrate with pride! 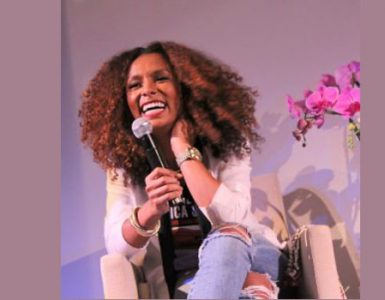 The New York City premiere for the third and final installment of the critically acclaimed TV show, Pose took place on Thursday night. The executive producer and director Janet Mock went off-script during the...

Mother Elektra defines what it means to be legendary on the runway. Dominique Jackson is no stranger to the runway, as she is a legend in the ballroom community. She also plays the iconic role of Elektra in the Emmy... 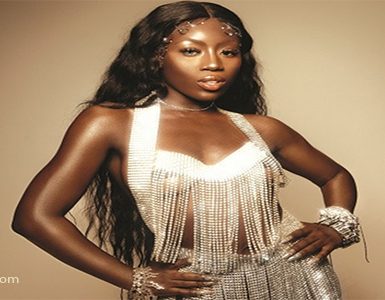 British pop star Bree Runway is the embodiment of sugar and spice and everything nice. The star is eccentric yet daring. She turns her keen visionary skills into reality. All of it began in her Hackney, London bedroom...