D.C. Joins a Groundswell of Support for Reparations

Something good is happening in 2020, although the impetus for it — glaring evidence of racial inequality and discrimination — is painful. Finally, reparations are being imagined at various levels of government and in multiple U.S. cities.

D.C. Councilmember Kenyan McDuffie has proposed a law creating a task force to plan for reparations. McDuffie, quoted by the Washington Post, said “Black people are the bottom of every category” — education, health, housing and jobs — despite being an instrumental force in building the city. McDuffie has said that having people pull up their own bootstraps is never going to cut it. True. Proof is the Black college graduates working hard for their degrees only to earn less, overall, than whites who did not graduate from high school.

California is now reviewing its historical engagement with slavery, planning to formulate and carry out reparations. Assembly member Shirley Weber introduced AB-3121, a bill setting up a task force to start. Although slavery was never permitted on California land, slaves were denied their freedom in the territory under the fugitive slave laws. The bill intends to pay special attention to Californians whose ancestors were enslaved. The state will also confront a sordid history of discriminatory practices including redlining and unequal treatment by California’s educational and criminal justice systems.

Reparations are currently being planned out in Durham, North Carolina, where the council is also calling for universal basic income and higher minimum wages. The city council of Asheville, North Carolina, where Black residents make up about 12% of the population, unanimously voted to apologize for Asheville’s part in slavery and subsequent discriminatory policies.  Now, Providence, Rhode Island is beginning the process of distributing reparations to Black and Indigenous residents.

In Illinois, Evanston is not only looking at reforming its policies on the use of force by police; it’s already begun reparations. In early 2019, Robin Rue Simmons, alderman for Evanston’s historically Black 5th ward, approached the city council’s equity and empowerment commission. By the end of the year, the city had launched the first government-funded reparations project, which will direct $10 million (including from the city’s recreational cannabis tax) into local reparations such as mortgage payment assistance. The need is glaring. Compared to white residents, the average income of Blacks in Evanston is $46,000 less and the average Black lifespan 13 years shorter. The vast majority of people caught up in the criminal justice system are Black.

The Path to National Accountability

Nationally, many people in the Black community support the movement for reparations. But even though the U.S. population as a whole is, thanks to the Black Lives Matter movement, increasingly aware of race-based injustice in the country, reparations isn’t receiving widespread backing, according to a Reuters/Ipsos poll. Only 20% support using tax money to fund reparations work.

Nevertheless, reparations are being formulated and will ultimately prevail at the federal level. It’s been several years since the late John Conyers introduced a reparations proposal, H.R. 40. First introduced in 1989, H.R. 40 would create a commission to study and plan reparations. After the killing of George Floyd, Congressional Democrats have pressed for the work to continue, but Republican Senate Majority Leader Mitch McConnell has said “none of us currently living are responsible” for slavery, and pointed to the many waves of immigrants that have “experienced dramatic discrimination” — as though it’s not possible to redress one continual wrong because other wrongs have occurred.

Sheila Jackson Lee has picked up John Conyers’s baton, and now H.R. 40 is a solution-focused bill — not just a proposal to study the matter and talk about solutions. Its list of sponsors includes more than 150 members of Congress. The time is ripe.

What the Presidential Election Means for a National Reparations Plan

Donald Trump has dismissed the idea of reparations. Presidential contender Joe Biden now agrees with the push for reparations — or at least that the push should be studied and considered.

Three presidential candidates in the Democratic primary — Senators Kamala Harris and Bernie Sanders as well as former Representative Beto O’Rourke — brought up the importance of planning reparations for slavery and economic discrimination, and current polls show Senator Harris as the probable next VP. Should the Biden-Harris campaign prevail, reparations are likely to gain steam.

Action will be justice delayed, yet desperately needed.

Kris Manjapra, The Guardian: How the Long Fight for Slavery Reparations Is Slowly Being Won (Oct. 6, 2020).

And as linked in text. 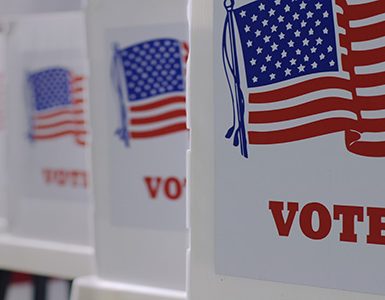 Why I Was Wary About Voting – Part 2. Black Lives Matter